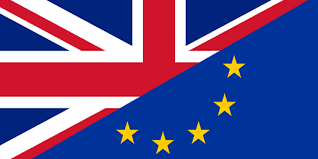 It is fairly clear that this referendum has become less and less about the EU and more about a struggle between two ideas of what we want The United Kingdom to be. We are in fact engaged less in a democratic discussion about the merits or otherwise of Europe and more in a protracted, non-violent (until yesterday), civil war about the direction that we as a society wish to go. Whoever wins this gets to choose the direction of travel.

As with all tipping points, this "war" represents a fork in the road. If Boris, Farage and Brexit win we turn hard right and disappear down an un-charted track to pursue an agenda of isolationism, anti-immigration and possibly trade with the people who live in the woods - but only if we can find them. They say it's about engaging with the outside world but frankly, for the most part, they are lying. They are set on a course and a very dangerous one indeed. One that will get us entangled in the thicket while kidding ourselves that at least we have 'rid ourselves of that expensive and undemocratic tarmac' that gave us the chance to turn off it in the first place.

Brexiteers are like the adventurers who set out in the 16th Century in search of the mythical golden city of Eldorado. They have convinced their followers that there is a "better" place out there. One of fabulous riches, which will instantly solve all the problems of the modern Britain that they appear to hate so very much.

It's a reckless endeavour and one that anybody with an iota of sense could see is doomed from the start. Still, if they want to go on alone well fine. Perhaps we could loan them an island somewhere and let them create their thatched cottage and no foreigners idyll. We could give them Ascension perhaps and they could shout their angry platitudes at the fish.

If, on the other hand, Remain wins - we get to stay on the open road. The great highway drifting on. It has its dangers and its flaws yes - a little dull yes and we have to pay the toll every now and then - but it's broad and full of promise and rich with opportunity.

What do you want from life? I can tell you what I want. I want my kids to be happy and safe and grow up in a prosperous and progressive and contented world. There are other things I want sure - that book deal - a bigger car - the odd cigar and a cellar stuffed with fine wine - but the thing that matters to me most is that which I want for my children and all of our children's futures.  And for that to happen we need these spits of land on which we live to prosper and be contented and decent liberal places.

Buried just beneath the veneer of patriotism in the Brexiteer narrative is a deep and dangerous loathing of progress. Progress is what has made our very species thrive. It is what has made Britain such a great place to live. The UK of today, as I have said so many times, is far better than that of the past. There is not a single country in the history of this world that has improved itself by giving into the darkness of hate and prejudice and that, frankly, is the foe we are fighting. To win this civil war we must vote Remain.

Posted by The Life and Musings of Kelvin J. Patterson at 04:24